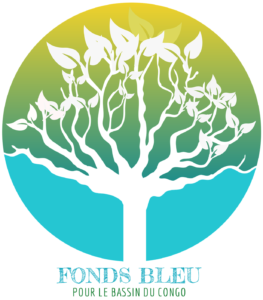 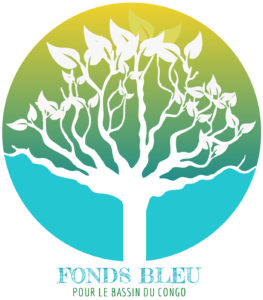 Sit on a log by the Madidi River in Bolivia at dusk and you can hear what an Amazon forest should sound like. The music includes red howler monkeys, breathy thumps from the mutum jungle fowl, droning cicadas, eerie calls locals attribute to deadly bushmaster vipers and the unhinged excitement of elusive titi monkeys. Around your feet, the beach is crisscrossed by jaguar tracks and those of the pony-size tapir, a shy beast that, if you keep quiet, will saunter out of the forest and swim across the river. This is what scientists call an “intact forest landscape.” It’s a swath of at least 500 square kilometers (about 193 square miles, equal to 70,000 soccer fields) of unbroken forest. Because of their size, these areas have maintained all their native plant and animal life and biophysical processes. These forests still adorn parts of our planet’s tropical midsection, notably the Amazon, Congo Basin and the island of New Guinea. And they form a northern belt, the boreal forests of Canada, Russia, Alaska and Scandinavia. Intact forests today total around 11.8 million square kilometers (about 4.6 million square miles), according to estimates by a group of researchers and organizations, including Greenpeace, Global Forest Watch, World Resources Institute, Transparent World, University of Maryland, World Wildlife Fund of Russia and Wildlife Conservation Society. That’s roughly the United States and Mexico combined. It’s about a quarter of the planet’s total forest area, the rest of which is fragmented by roads, mines, cities and agriculture. Over 7 percent has been lost since 2000. Keeping the rest is a key to turning around three stubborn global trends: climate change, the sixth great extinction crisis and the loss of human cultures. In the tropics, intact forests hold 40 percent of the aboveground forest carbon even though they make up only 20 of those latitudes’ forests. And intact forests have been shown recently to absorb enough carbon to offset many Amazon countries’ (like Peru) total emissions. When forests become fragmented, edge effects (forest damage at created edges), drying and fire cause over 150 million tons of annual emissions — more than result from outright deforestation. The United States Environmental Protection Agency estimates suggest that

those emissions cost us $6.3 billion in lost crops, flood damage, fires and other impacts. In the boreal region,forests protect permafrost, which,if it thaws, will be a huge source of heat-trapping methane emissions.Aside from maintaining the global climate, intact forests stabilize weather locally and regionally, which sustains livelihoods for millions of people. Carbon has been fashioned by evolution into a staggering array of plants and animals, many of which are threatened by the current spasm of extinctions. The great intact forests host the most diverse ecosystems and robust populations of top predators, wide-ranging migrants and undiscovered species. They are evolutionary workshops still going full tilt. In places like the western Amazon, intact forests climb mountainsides, giving species altitudinal ladders to survive climate change. The planet’s cultural diversity also depends on its big forests. Of the world’s approximately 6,900 languages, around a quarter are from the three great tropical forest regions (which have just 6 percent of the land area): 330 languages in the Amazon, 1,100 in New Guinea and its environs and 242 in the Democratic Republic of Congo, where most of Africa’s intact forests are. Unesco estimates that a language is lost every two weeks. Many are blinking out as the forests that sustain their speakers are eroded. Humanity’s very ability to think certain thoughts depends on our great forests. When the renowned Harvard botanist Richard Evans Schultes first arrived in the Amazon (in 1941), he found that some Indians used the same word for “green” and “blue” but had 18 terms for varieties of a sacred vine that had been identified by baffled scientists as a single species. Forest conservation solutions are practical and affordable. First, roads need to give big forests a wide berth. The principal underlying driver of fragmentation is road-building, which carves forests into progressively smaller patches and has accounted for 81 percent of losses since 2000. And they usually lose money. One study found that a major new highway in the Brazilian Amazon would return around 6.5 cents on each dollar of investment. Money is better spent by intensifying transportation near towns and existing farms, where the infrastructure can serve more people. A 2014 global study in Nature showed that needed road networks could be developed without fragmenting forests.

Second, forest peoples’ land rights need to be supported, for both ethical and practical reasons. There are almost no forests without people; intact forest wildernesses are forests with few people whose traditions and economies are woven into the landscape. Recent Amazon research shows that legally recognized indigenous territories are extremely effective at preventing deforestation, even where deforestation pressure is high. Parks and nature reserves were also revealed to be effective, especially when tailored to local needs. Third, the adage that you can’t manage what you don’t measure applies here. A continuous, near-real-time system of monitoring must be put in place to track where intact forests are being cut so that governments, forest communities and private organizations can react early. How will we pay for a future with forest wilderness? Part of the answer lies in programs to avert climate change. A recent economic study indicates that a large share of intact forests could be preserved at a cost of $20 per ton of carbon. That’s less than half of one indicative benchmark figure: the $52 midpoint price projected by California for its regulated carbon emissions market in 2030. But for funds to flow, climate policies need to adapt. They now provide little incentive to conserve large, often remote forest areas. That’s because the forests are beyond the immediate frontier of expanding agriculture and therefore not recognized by climate protection regimes as targets for campaigns to avoid deforestation. It’s difficult to project the baselines of intact forest loss and degradation far into the future, and those predictions are needed to calculate the climate benefits of protecting them. But the United Nations Green Climate Fund and forested countries and donors should embrace that challenge and fill the funding gap. It takes four days and a balsa wood raft to get to that beach in the Bolivian Amazon, which is a big part of the reason its big trees are still standing. Similarly epic journeys will get you to forest gems around the world, where, if you listen, you’ll understand a little more about where we came from and where we need to go from here. 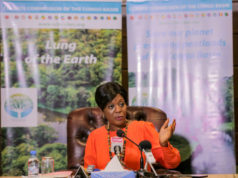 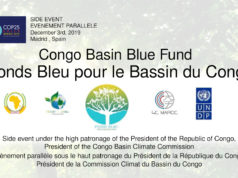